Harnessing the CRMC to build up urban community resilience 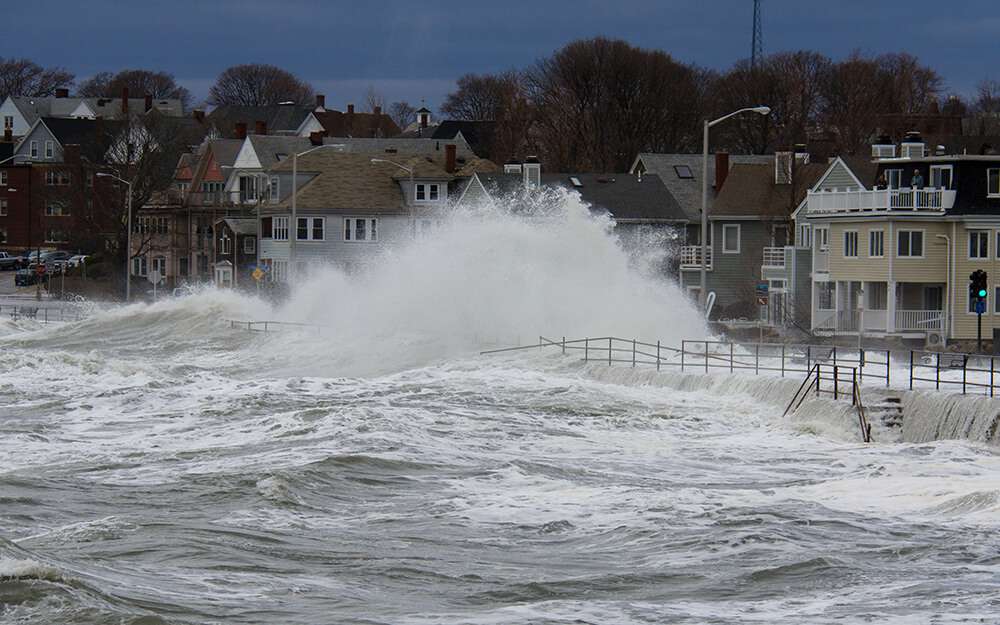 Storm Riley hitting the North Shore of Boston, one of the Resilience for Communities action cities, in 2018. R-Cities is implementing the CRMC methodology in Boston to understand the needs of the communities most impacted by events like Storm Riley.

Resilient Cities Network works with cities to build resilience capacity. But how do cities move from resilience theory to practical implementation of resilience strategies on the ground, and how do we know if our efforts are working? It was these questions that prompted R-Cities to partner with the Z Zurich Foundation and Zurich North America on the Resilience for Communities (R4C) program. Together, we aim to increase the resilience capacity of 4 communities, in 2 cities within the United States. We will do this through equitable community engagement, applying practical applications to measure community resilience, and co-developing and implementing resilience solutions with the community.

At the heart of the R4C program is the Climate Resilience Measurement for Communities (CRMC) tool. “The CRMC is actually both a process and a tool. It provides a technical framework for measuring community resilience that builds upon the original 100 Resilient Cities’ City Resilience Framework, and as such, the language and concepts are very familiar to Chief Resilience Officers,” said Laurian Farrell, Regional Director of the Resilient Cities Network in North America. “The CRMC helps communities to understand their resilience capacity and to see where they can build up that capacity to better withstand the inevitable shocks and stresses they will face due to our changing climate.”

What is the CRMC?

Extreme heat is one of the deadliest climate-hazards cities face today, and flooding remains the most frequent and costly natural disaster in the United States. The impacts of both hazards on urban communities are predicted to grow exponentially as climate change magnifies their already deadly intensity. As the effects of floods and heat become more frequent and severe, the CRMC is an important tool to support communities in achieving climate resilience.

“The Flood Resilience Measurement for Communities tool has been successfully implemented in rural and farming communities in places like Vietnam, Tibet and South America,” said Daniel Kahler, the program’s lead for Zurich North America. “The enhancements of the Climate Resilience tool allow us to evaluate urban communities where population densities and topography present a unique set of challenges when dealing with the shocks and stresses of flood, heat and other extreme weather. The CRMC tool also helps ensure that marginalized communities are represented in decision making processes.”

The CRMC organizes the various systems that communities navigate into 5 groupings referred to as ‘capitals’. These include: human, physical, financial, natural and social capitals. Behind each capital is a series of indicators, or sources of resilience, that can be measured when times are good (normal day) and revisited after a climate event, or when an intervention is put in place. In this way, a measurement of the change in resilience can also be calculated. Through a variety of targeted engagements with the community and a series of questions relating to the resilience sources, data is collected using a web-based application. These engagements may be in the form of household surveys, conducted by trained fieldworkers; focus group discussions with community members and experts; or interviews with key informants (technical specialists with an intimate familiarity with the community). Data can also be input using secondary data, or in other words, by collecting data already available from the city or community through previous efforts. Finally, trained graders meet to review the data and assign a “resilience grade” from A to D. Results are utilized by the team, in consultation with community members, to identify areas for improvement and the grading guides the development of resilience projects for implementation.

The CRMC uses a systems-based approach to building resilience capacity and helps communities to visualize the complex and interconnected aspects of their lives. It encourages communities to think about the whole community system and its interdependencies, and it also encourages city practitioners to engage in meaningful dialogue with residents by providing the framework, language and settings to engage in an authentic and equitable way.

“As the effects of flooding and heat become more frequent and severe, cities need to make critical decisions.” said Laurian Farrell. “The CRMC is a practical tool that supports meaningful dialogue between cities and the communities that they serve and we have found that communities are responding really positively to the opportunity to share their stories and their own ideas for their resilient futures.”

By teaming up with the Zurich Flood Alliance, the communities in the R4C program will be included in the greater global research program that allows comparison between communities and geographies and will ultimately lead to better decision-making on investments in community development globally.