The Historical City of Kyoto Is Tackling COVID-19 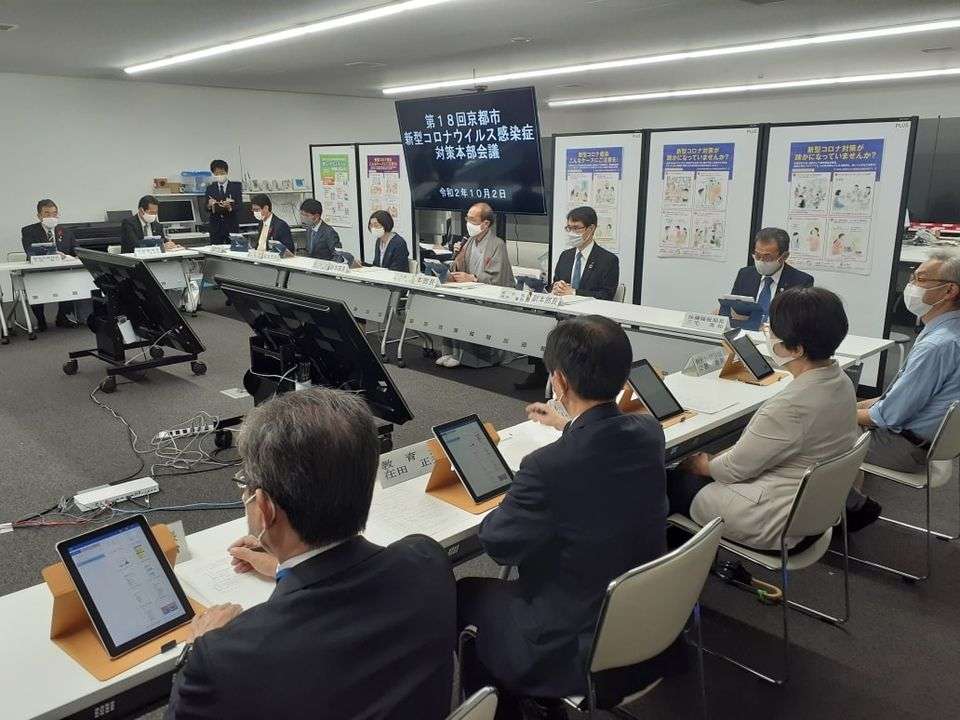 In this dispatch from Kyoto, Japan, Hiroyuki Fujita, Chief Resilience Officer of Kyoto City discusses how COVID-19 hit the city, and how they have taken a special approach to recovery and building back better as a historical city.

The Impacts COVID-19 on Kyoto City

In Japan, the Declaration of Emergency was issued in April, and there was a temporary decrease in the number of infected people. However, after the termination of the state of emergency on May 25, we have seen an increase in confirmed cases, mainly in urban areas such as the Tokyo metropolitan area.

Kyoto City has accumulated over 1,200 confirmed cases as of September, and we have seen a rapid increase in cases again since late June. Since August, we have observed a temporary increase, especially among people under 30 years old, but now, cases of infection among the elderly are increasing again in Kyoto City.

The number of infected people is not that large, considering that the city’s total population is around 1.5 million. Up until now, we have not experienced a medical crisis such as a severe lack of hospital beds. However, our economy has been damaged continuously and seriously, even after the termination of the emergency declaration, because a wide variety of industries, including tourism, transportation, culture, education, and restaurants have been devastated, as people refrain from going outside.

How This Crisis Impacted Us and Other Historical Cities

Kyoto city is one of the most famous cultural cities in the world, and is the main tourism destination in Japan, with as many as 17 world heritage sites and its long history of more than 1000 years. During our long history, we have nurtured our culture arts and cultural assets through innovation and preservation of our traditions.

In addition to the medical, economic, and industrial challenges that many other cities face today, the city’s tourism industry was hit hardest by COVID-19. The number of tourists coming to Kyoto, which was more than 53.5 million in 2019, had decreased by 97% in May 2020. Above all, a lot of traditional events, which are typical of historical cities, had to be cancelled or held on smaller scale, facing another.

Kyoto City has been flourishing continuously for more than 1000 years, and honed its resilience in the face of countless crises, including natural disasters, epidemics, and civil wars.

Based on the principle of “Demonstrating Resilience and Achieving SDGs in the wake of COVID-19,” Kyoto City has budgeted an extra 253.2 billion yen, and we are responding to this crisis in a speedy manner with the following three pillars.

Three Pillars of our COVID-19 Response

We are committed to not only expanding medical care, but also promoting the transformation of citizens’ lives, welfare, education, economy, tourism, and culture arts, to make them better suited for the “new normal.”

At the same time, we are committed to the following measures, working together with citizens, private sectors, and research institutions to build a local community which is more energetic and better suited for the new normal:

Other Initiatives Performed in Kyoto City

We are also pursuing these additional measures to strengthen Kyoto City and support our people, both for their health and for the City’s recovery:

Our Actions as a Historical City

Kyoto City has served as a chair city of “The League of Historical Cities” since its establishment of 1994, with 121 member cities from around the world. Member cities have been sharing knowledge and information on our common challenges, including preservation and development of historical cities. During this crisis, many historical cities have faced difficulties preserving and enhancing their attractions, including the preservation of historical assets and natural environments, and the recovery of their tourism industry. In response to this shared challenge, we shared with this inter-city network our COVID-19 response and cultural activities under the new normal, publishing our position on our website and through a newsletter.

At the same time, Kyoto City has sister-city relationships with Paris, Boston, and Guadalajara, which are also the members of the Resilient Cities Network. This year, we are celebrating the 40th anniversary of the sister-city relationship between Guadalajara and Kyoto, and trying to find new ways of communication, such as virtual meeting for political exchange, which is possible even in this COVID-19 situation.