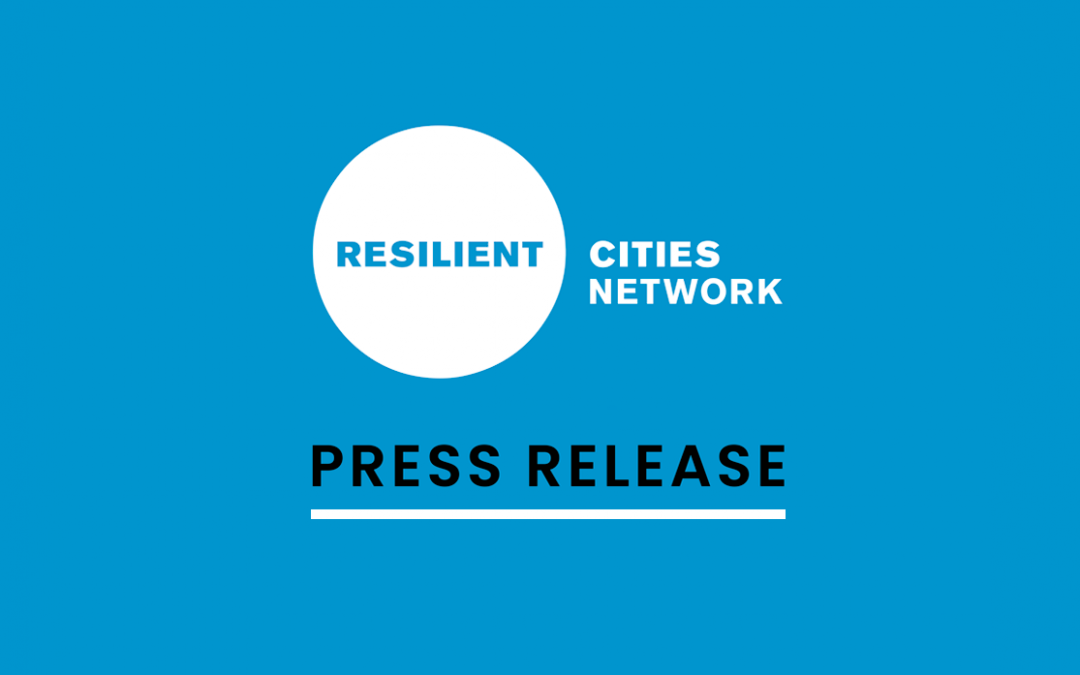 Comprised of member cities and experts from the former 100 Resilient Cities program, the city-led network is leveraging its urban resilience know-how to achieve impact at scale and expanding its membership to 10 new cities in 2020

Abu Dhabi, United Arab Emirates (February 6, 2020) – Chief Resilience Officers from around the world announced today the evolution of their network. The transition will take place under the name Global Resilient Cities Network. Rebranding of the network is work in progress and the new brand is expected to be announced in May. “The 10th World Urban Forum is the perfect opportunity to announce this evolution,” said Lauren Sorkin, Acting Executive Director of the Network. “This Network will drive urban resilience action with an expanded partner base and welcome up to 10 new members in 2020 to protect vulnerable communities from climate change and other urban challenges.”

Cities face a growing range of shocks and stresses, including climate change, growing migrant populations, inadequate infrastructure, pandemics and cyber-attacks. 82% of cities globally are located in areas that face a high risk of mortality from a natural disaster. Nearly 90% of cities globally are highly vulnerable to economic losses associated with potential natural disaster. Building resilience in cities and communities of all sizes is therefore more critical than ever before.

With a common lens for holistic resilience and thousands of projects in implementation, the new Global Resilient Cities Network is comprised of the members of the former 100 Resilient Cities Program, pioneered by The Rockefeller Foundation. Leveraging the tools and expertise of its membership and a team of former 100 Resilient Cities executives in London, Mexico City, New York and Singapore, the Global Resilient Cities Network supports a thriving community of urban resilience practitioners in 98 cities and 40 countries. Collectively, members of the network represent 220 million city dwellers and 79 endorsed resilience strategies, containing over 4,000 concrete resilience initiatives aimed at building safer, healthier, more equitable, climate-smart and prosperous cities.

“We are responding to a global imperative to reinvigorate a focused and financially sustainable urban resilience practice network, unlocking investment in communities and critical infrastructure,” said Mike Gillooly, the Chief Resilience Officer of Christchurch, New Zealand and Co-chair of the recently established Global Steering Committee of CROs. “In addition, as cities, we are committed to realize the enormous potential to engage with partners to diversify funding and sustain a renewed program.”

“Climate and social resilience go hand in hand in Rotterdam; urban resilience is about building less divided, more attractive, healthier cities,” shares Ahmed Aboutaleb, Mayor of Rotterdam. “Working together in this critical decade we are in, strengthens our cooperation and builds partnerships to mobilize resources and accelerate action. Rotterdam has been an active member of 100 Resilient Cities from the start and we will continue to support and participate in this global network.”

“Our Network’s Resilience Strategies highlight a $35 billion investment gap in resilience in our cities alone,” said Lauren Sorkin, the Acting Executive Director of the Network. “We know there is more work to be done; as global threats rise, there has never been a more important time to invest in the technologies, capacities and projects that deliver urban resilience.”

The Global Resilient Cities Network is committed to continuing its role as a vanguard of the urban resilience movement and will welcome new cities who share its values to join the network on a limited basis.

About the Global Resilient Cities Network

The Global Resilient Cities Network (GRCN) is the city-led organization that will drive urban resilience action to protect vulnerable communities from climate change and other physical, social and economic urban adversities and challenges. With support from The Rockefeller Foundation and other funding strategic partners, the Network aims to continue supporting cities and their Chief Resilience Officers in future-proofing their communities and critical infrastructure with a unique reach, strength and legacy to understand and support the challenges of the ever-growing urban society.