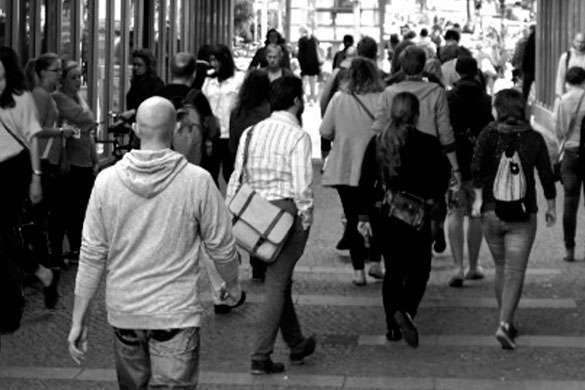 By Eugene Zapata-Garesché, Managing Director for Latin America and the Caribbean at Global Resilient Cities Network

Around the world, cities continue to be magnets for people. In Latin America alone there are more than 55 cities with a population of 1 million or more, including some of the largest in the planet. In fact, Latin America is the most urbanized region in the world with urbanization rates having doubled over the last 50 years and expected to reach 90% by 2050.

Rapid growth has resulted in making cities more fragile to acute shocks and has also deepened recurring vulnerabilities across various city systems. Covid-19 came to impact an already fragile urban ecosystem across the region, exacerbating the shortcomings in the delivery of efficient public services in an unprecedented manner.

While Covid-19 has put cities at the center of the contagion crisis, the world’s forecasts on urbanization show no sign of slowing down. Urban growth is closely related to the four dimensions of sustainable development: economic, social, cultural and environmental. Well-managed urbanization, informed by an understanding of population trends over the long run, can help maximize the benefits of agglomeration, while minimizing environmental degradation and other potential adverse impacts caused by a growing number of incoming city dwellers.

To ensure that the benefits of urbanization are shared and that no one is left behind, policies to manage urban growth need to ensure access to infrastructure and social services for all, focusing on the needs of the urban poor and other vulnerable groups for housing, education, health care, dignified work, and a safe, responsibly managed environment. Cities in Latin America are addressing many of the multiple challenges that need to be tackled rapidly and effectively.

Salvador, the capital of the state of Bahia in Brazil has a strong human rights approach to deal with women and children’s inclusion and has recently engaged in a program with the Global Resilient Cities Network to identify and select innovative solutions led by women and designed to address the impacts of Covid-19.

The program is part of a partnership with the Inter-American Development Bank and the Avina Foundation to foster the role of the private sector and civil society in making cities more resilient.

Another example is found in Quito, Ecuador, a city that has placed an important bet on its food security. In recent years, the vulnerability of Quito’s food system increased when the metropolitan region could no longer source enough food from its immediate rurality. In addition, Quito´s food security is low in the face of increasing prices and its particular vulnerability to climatic and seismic risks. A circular economy approach combined with policies for a more nutritious diet are changing the dependency on external markets and increasing the city’s food resilience.

Porto Alegre has identified the revitalization of its Fourth District –an area that suffers from urban blight, frequent flooding, crime, poverty, and limited opportunities in the formal economy- as a top resilience priority, and as a pilot project for future resilience building across the city. Porto Alegre envisions transforming the Fourth District into an innovative ecosystem that will offer opportunities for investments in housing, mobility, commercial facilities, parks and public spaces. The city is placing a particular emphasis on ensuring that any economic development is inclusive of the district’s current residents, avoiding gentrification.

Recovery and further future-proofing cities go beyond political scenarios and city limits; this requires the collaboration of government agencies, the private sector, and civil organizations. On World Population Day, now more than ever, there is a need to embed resilience in Latin American cities to deliver supra-sectorial, holistic and efficient solutions that can benefit more people as cities’ populations continue to grow.