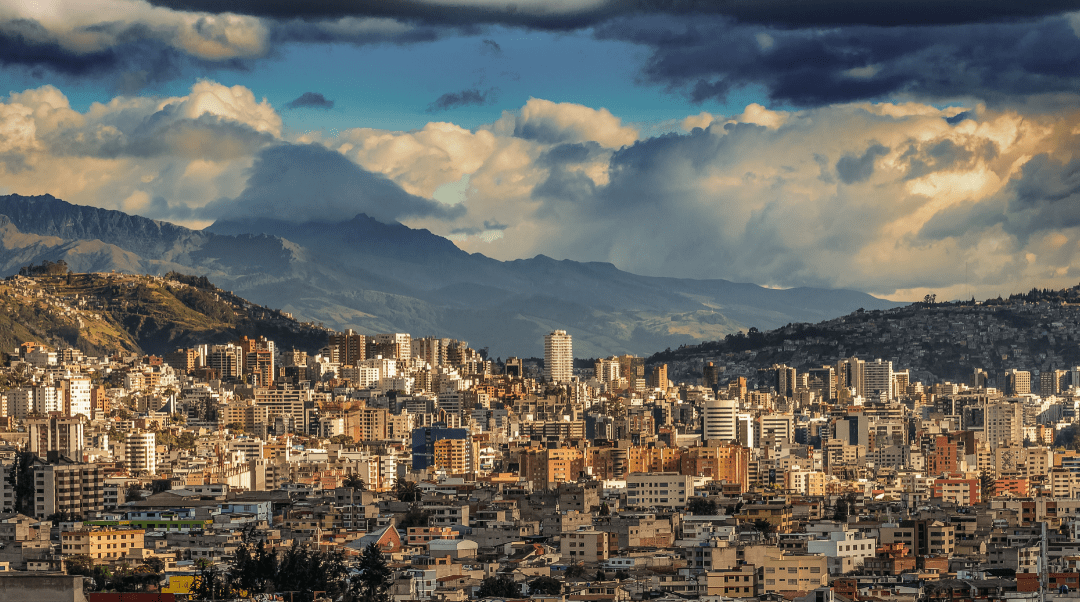 Quito is the most populated city in Ecuador with almost 3 million inhabitants, which represents almost 16% of the national population. Its geographical location exposes it to natural risks, and as the capital of the country, it is the epicenter of political and social dynamics.

From 2013 to 2017 the city implemented a participatory process that involved representatives of the public and private sectors, civil society, and academia in planning the Resilience Strategy. As a result of the process, there were identified impacts (disruptive events that occur at a certain time such as heat waves) and chronic tensions (factors that generate pressure and weaken the city in a cyclical way, such as social inequality):

As a result of the process, the Quito Resilience Strategy is made up of the following axes:

Ponciano Alto is one of the 8 industrial areas in the Metropolitan District of Quito (DMQ). This area was chose to implement the pilot project due to its importance for the productive sector, since it concentrates 11% of the DMQ companies in which 57 thousand people work. It also has international companies such as General Motors, factor that increases the impact of the pilot. The conditions in this area favor the implementation of actions and their scalability. The focus of the challenge was set on finding solutions that would help facilitate production activities in more sustainable conditions.

ConQuito carried out a participatory process with the private sector of Ponciano Alto. 12 companies were involved through learning workshops and focused interviews and identified as one of the main problems of the sector the lack of communication between peers to boost eco-efficiency. In this way, the challenge aimed to promote networks for responsible production models.

The challenge aimed to support the Quito Resilience Strategy to promote the development and reactivation of the Ponciano Alto community. The participation of foundations, organizations, private companies, and civil society makes it possible to create mechanisms and opportunities for collaborative economy and promote the generation of long-term public-private synergies for the benefit of citizens.

Conecta2 is a web platform to create smart business networks based on the collaborative and circular economy. This platform collects information on underutilized industrial resources so that they can be used by other actors that require it. With this, economic, social, and environmental impacts are generated for the city.

Back to the Initiative’s site