Waste Not, Want Not – How Cities Are Pursuing a Circular Economy 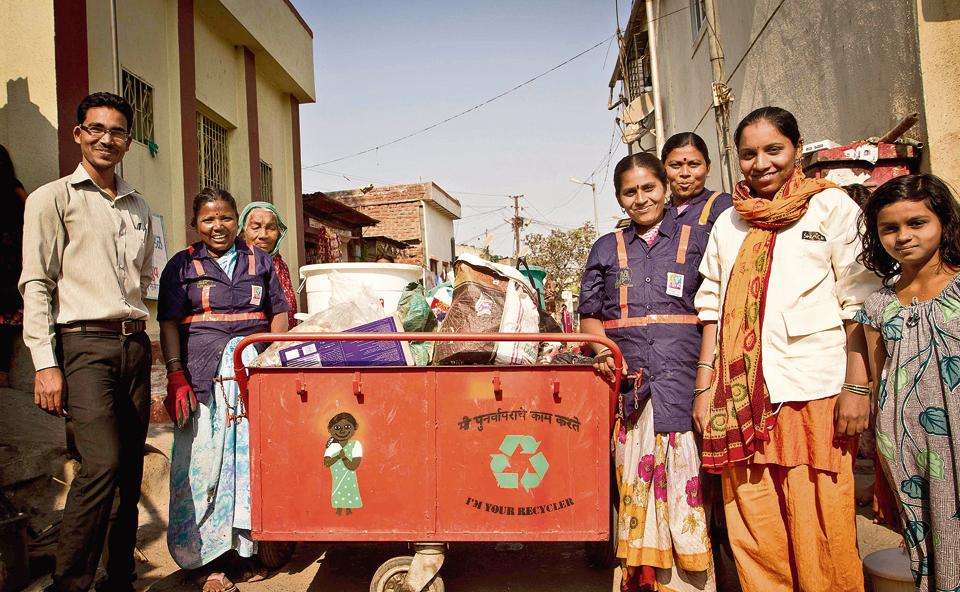 Cities generated 2.01 billion tons of solid waste in 2016, a number that is projected by the World Bank to climb to 3.4 billion tons in 2050, driven by rapid urbanization and expanding urban wealth. Too much waste creates health concerns and degrades the environment. It also represents a significant economic loss, resources that Cities could use to support their most vulnerable. Many Resilient Cities Network members have embraced the goal of building a circular economy, that is, an economy that produces zero waste and instead reuses or recycles its byproducts, as a key component of their resilience agendas and an essential way to make their cities more livable.

Projects range from simple, like providing residents with appropriate bins so they can sort their waste, to inclusive, such as empowering informal waste pickers to unionize, formalize, and become more effective, to institutional, like developing bureaucratic systems of incentives to shape corporate behavior. All these measures can enhance resilience, creating a legacy of resources that make the City more prepared, stronger, and better for their inhabitants. For example, initiatives that optimize water supply and sanitation can reduce human vulnerability, create a surplus of water to devote to local food production, and thus have a host of secondary effects that increase the city.

The following examples outline various measures Resilient Cities Network member cities are pursuing to foster a circular economy, some incredibly mature and others still in the concept stage. The changes pursuing a Circular Economy is intended to create require time and patience. These projects offer cities a very tangible opportunity to improve their inhabitants’ quality of life now while investing in their future.

They turned to the concept of symbiosis—instead of being discarded, an industrial process’ surplus resources become available as a “new” input for other businesses, in the form of The Western Cape Industrial Symbiosis Programme (WISP). Through WISP, businesses receive technical expertise to help them understand their own waste streams, and to identify unused or underutilized resources, such as energy, water, and expertise. Then, WISP helps find potential matches for those waste streams. By sharing resources, WISP members cut costs and increase profits, create new revenue streams, learn from experts, and come to operate more sustainably, contributing to a circular economy.

Over the past six years, WISP has diverted 104,900 tons of waste from landfills, eliminated 309,200 tons of fossil GHG emissions, and generated over R120 million ($7.2 million) in financial benefits. Cape Town is in the early stages of pioneering new methods for creating symbioses in a more permanent way, physically locating symbiotic enterprises near each other to facilitate a more efficient transfer of resources.

Christchurch, New Zealand’s approach to stresses like solid waste stems from its recent history of major disruptions—earthquakes, fires, flooding, terrorist attacks—and it’s position on an island nation. The city takes its growing waste problem very seriously, while looking to keep costs down, capture any potential revenue streams as sustainable sources of income, and build up its ability to adapt and address emerging issues, such as shifting waste patterns during a pandemic.

Their waste management includes two primary components. Facilities maximize the value of resources, including an organics processing plant that handles 53,000 tons per year and produces certified Organic Compost for viticulture and agriculture industries. A safe and sanitary collection system features three bins for residential curbside pickup, sorted into waste, compost, and recyclable materials, complemented by public drop-off locations. This system boats over 11 million “bin lifts” a year, and more importantly, the city can adapt the system to new challenges quickly due to its simplicity.

Lastly, Christchurch has a focus on innovation to address emerging issues. For example, a new battery and E-waste collection program, which collected over seven tons of handheld batteries in its first year, was causing problems because batteries were starting fires in the collection network. The put a handheld collection process in place to avoid disrupting battery collection while still eliminating this risk.

Sorting waste at the source is a crucial step in facilitating reuse and recycling, and one that Christchurch has embraced to divert garbage from landfills.

Montevideo’s Path to a Circular City

In its 2018 Resilience Strategy, Montevideo, Uruguay, paid special attention to the concept of circular economy, aiming to become a circular city by “incorporating the circular economy principles through all its functions.” Their circular economy work remains in the concept stage, due in part to the COVID-19 pandemic. The city has a population of over 1.3 million inhabitants, and Montevideans produce over 1.08 kg of waste per day, sending 2,200 tons of waste to the landfill daily. Investments in the development of a multifaceted circular economy stand to be a significant boon to businesses and inhabitants.

The city laid out two streams of work. First, it promotes innovative processes within the City, to encourage businesses, the public, and other organizations to improving their productivity and competitive conditions, and to strengthen the link between companies, within the framework of a circular economy. Second, it plans to reduce avoidable household waste by extending items’ useful life through repair and maintenance, and by finding new users for repaired items. In addition, it would provide employment opportunities for people with repair skills or interested in learning them.

Montevideo released a circular economy strategy in 2019, offering actionable steps and projects. It identified three defined areas of action for the short term – construction, shops, hotels and restaurants, and reuse repair centers – each with a few specific tracks of priority action, with each track having a host of specific activities. In 2020, they designed a program called “la Ciudad Vieja Circular,” which would kickstart implementation with restaurant and food businesses in the chosen neighborhood, supporting them to reduce waste generation.

COVID-19 forced them to change this plan, so they designed a new initiative. It invites small and medium-sized enterprises, researchers, students, startups, social organizations, and the general public to develop COVID-19-friendly plans to drive economic activity while fostering the development of a circular economy by emphasizing efficient use of natural resources and social inclusion.

Montevideo is in the early stages of piloting actual projects to promote a circular economy, due primarily to the COVID-19 pandemic. The preparations the city did conducting surveys and additional research to prepare a focused circular economy plan have set the stage for a robust suite of integrated resilience actions to build their circular city in the near future.

In Pune, India, a community-led waste management and collection model sees trash pickers handle 60% of the city’s waste collection, under the leadership of the nonprofit SWaCH. Pune has a significant informal population, and overcrowding makes solid waste an even bigger challenge for the burgeoning city. Pune absolutely relies on waste pickers, and SWaCH has been working for 20 years to reach the point that waste pickers service such a significant portion of the city.

The trash pickers play a massive role in maintaining the city, collecting waste to prevent it from being burned or ending up in the water, and sorting it to send to the appropriate processing facility. They will soon be a springboard to move Pune towards a resource recovery economy. A number of elements of this a system contribute to the city’s overall resilience. First, the program creates a governance structure, by training and formalizing the waste pickers. It gives them a voice and some formal power to protect themselves, on top of reducing financial uncertainty.

Second, it offers an answer to questions about how to use waste management to create equitable jobs and city infrastructure that is reliable, durable, and works. By building decentralized processing centers, Pune makes trash collection faster for workers, and creates redundancy to weather a disruption. Third, waste pickers are working with businesses to teach them how to sort their waste, just like with individuals, helping them sort the waste to it can be processed more quickly, thus removing from the waste stream items that can be repurposed, reused, composted or recycled.

Building on the success of this program, Pune is currently preparing to begin a zero-waste neighborhood initiative. The Eco-Neighborhood project will support one neighborhood, or “ward,” and will look for ways to minimize the transportation of waste to landfills, aspiring to achieve 100% waste segregation and 100% in-situ organic waste processing.

A Circular Economy for a Resilient Future

Building resilience is a process of making a city stronger and better prepared for the next disruption in order to improve the quality of life of the people who live there. Prioritizing a circular economy is an essential step for most cities that want to reduce the impacts of climate change and pollution, afford to provide the services their inhabitants need, and make their cities cleaner, healthier and more equitable places to live.

tons of solid waste generated by cities in 2016.

projected climb in 2050 by the World Bank.

tons projected in 2050 by the World Bank.

Created in 2006 with the aim of reducing food insecurity of families living in social vulnerability, creating more jobs, generating income and keeping young people away from crime, the Urban Green Gardens (Hortas Cariocas) program is present today in 56 locations,...