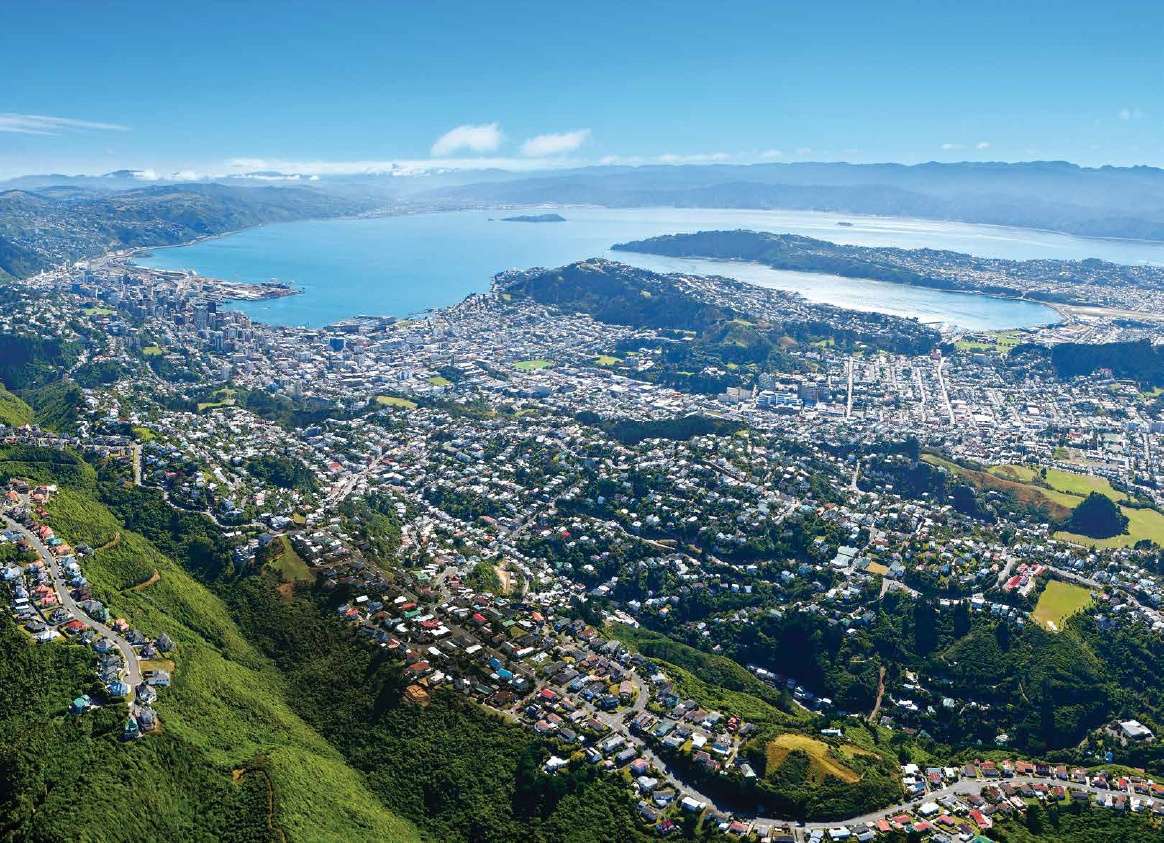 The Wellington region of New Zealand sits on shaky ground, so locals know they need to be ready for a significant seismic event. One concern is that a future earthquake will rupture the city’s underground water pipes, cutting off water to its over 400,000 inhabitants, for up to 100 days in some areas.

“While pipes and reservoirs are generally buried and out of sight, in New Zealand we are beginning to understand the implications of not paying attention to this kind of infrastructure… Failure to invest in pipes and reservoirs has caused social, reputational, environmental, and economic damage.”

The city’s resilience strategy highlighted water resilience and security as a priority. With the completion of the Community Infrastructure Program in 2018, the City is in better shape to respond and recover. The program ensures that even when pipes are broken, cell service is out, and transportation is blocked, most Wellingtonians will still be able to access water for a period until supply lines can be re-established. Through its public water company, Wellington developed a decentralized, emergency water supply network, consisting of 22 strategically-placed Community Water Centers, which are not connected to the city’s main public water supply infrastructure and which provide potable water for communities following a disaster. The system draws on the strength of the city’s communities, making them the central actors of their own resilience and recovery. Communities can plan for how to come together after a disaster to access the emergency water supply and other networks of support.

While there are no certainties with how infrastructure will fare in a significant earthquake, the community water system is designed so that water should be able to flow from most sites for weeks after the event. Kiwis know about earthquakes, so the principles of redundancy and connectivity are foremost in how we design our systems like this one. The community water station system is primarily situated in Wellington’s suburban areas, and the inner city is in the midst of a second, complementary program, to provide water access to the central business district and hospital by constructing a new, resilient and extensive reservoir.

A City of Self-sustaining Virtual “Islands”

In the event of an earthquake, Wellington’s resilience team and utilities providers know they won’t be there to help people find water or organize, perhaps for weeks. They brought together key players and experts to put a system in place ahead of time that gives people water self-sufficiency when disaster strikes.

Wellington released its resilience strategy in 2017, featuring the goal of ensuring “that Wellingtonians always have access to water services, in a way that enhances our natural environment.” The Community Infrastructure Program contributed to achieving that goal. Anticipating a disruption that interrupts transportation and isolates communities, the Wellington team envisioned the city as a series of virtual “islands,” which might have to survive for a week or more, cut off from the rest of the city. They decided to install emergency Community Water Centers on each island. People in the community can go to these centers after a disaster to bring water home, and the centers will also serve as distribution hubs to send water bladders to communities further from the emergency water centers.

The Community Water Centers are set up to begin making water available starting on day eight after a disruption, as part of a wider plan for restoring water supply after an earthquake. One key point was helping residents prepare for a quake by advising them to install emergency water storage at their homes, capable of providing 20 liters of water per person per day for seven days, and the city enacted a comprehensive communications campaign to achieve this. The communications work covered other topics, including how to access potable water after the first seven days via the community water collection points and how to support their neighbors through that initial recovery period.

This is also when they supported communities to designate emergency volunteers. Dormant during normal times, and requiring only quarterly maintenance, in the event of an earthquake, volunteers will work with emergency responders to activate and operate the Community Water Centers, as well as use trucks and emergency water bladders to distribute potable water to other collection points, with the aim being to get water to within 1,000 meters of most residences.

Building on the success of the Community Water Centers, Wellington is currently constructing a 35-megaliter reservoir called Omāroro, to serve critical services, especially the hospital, businesses, and homes. Ensuring these key institutions have potable water after a quake will enable Wellington to recover more quickly, and when complete, Omāroro reservoir will add essential redundancy for the area’s residential population of over 70,000.

The name Omāroro is important for Wellington, because it was gifted to the project by the Maori. The emergency water project enjoyed strong Maori input throughout the process. Maori believe water is the essence of life and that is possesses an almost supernatural life force, and the city wanted to be sure Maori were involved in the decision making for this new water system.

Omāroro’s addition to the water network and the City’s emergency water capacity provides critical operational resilience, creating a redundant water supply that can be deployed in the face of any disruption, such as a broken water main or contamination.

The Community Infrastructure Resilience Program was in place 18 months after Wellington published its Resilience Strategy. This key step in making Wellington less vulnerable to its disaster risk cost $8.25 million, and was supported by New Zealand’s Central Government. The Omāroro reservoir is being constructed in a part of the City where the redundant capacity the reservoir will create will also provide the capacity needed to accommodate anticipated growth. Omāroro reservoir construction has the added advantage of stimulating the post-COVID-19 economy, addressing the strain that the rapidly growing central business district population creates, and building in essential earthquake resilience for inhabitants.

Wellington co-located the water centers with other infrastructure, while also close to water sources, to use resources more efficiently and support a faster recovery. Where possible, Wellington proposes to leverage the water stations for other community services, such as information, health, and social welfare outreach, in the event of a crisis. After an earthquake, they won’t just be essential water sources, but organizing points for volunteers and to support the community.

This has been a deep learning process for Wellington, and the thoughtfulness of this community water resilience project demonstrates how the experience of going through the strategy process and then really reckoning with the needs identified therein, and what it would take to address them effectively impacted their thinking. For example, the process of reinforcing Wellington’s lifeline infrastructure gave the city a new appreciation for the need to decentralize its critical utilities to ensure continuous and safe water to be provided during emergencies.

Water access is an essential issue in Wellington, and indeed in cities pursuing resilience and disaster readiness all over the world. The water centers and the Omāroro reservoir are a shining example of how a city can approach the issue of resource access after a disaster in an integrated way that emphasizes communities and their voices, and yields multiple benefits to support the city’s needs now, and when it must recover from a disaster.

liters of water per day for every person can be provided by the water stations.

days (at least) providing 20 liters of water for every person by the water stations.