‘Plate up for Glasgow’ started out as a campaign to reduce waste in Glasgow’s food and beverages sector in the lead up to and throughout COP26, hosted by Glasgow in November 2021.

It has since created long-term impact as nearly 9-in-10 businesses who participated in campaign in 2021 are committed to keeping low waste dishes on the menu in the future, according to an evaluation report released.

“There has never been a greater urgency for food recovery. As a small business, working to recover from the pandemic and resultant supply challenges, it’s an obvious opportunity to reimaging our urban food landscape while keeping unavoidable food waste from landfill, which remains at the heart of everything we do.” Giovanna Eusebi, Founder and Owner of Eusebi Deli and Restaurant.

Plate up for Glasgow was piloted by the Glasgow Chamber of Commerce through its Circular Glasgow Initiative and funded by Experience Glasgow Food and Drink Regional Group. It aimed to challenge businesses to send as little organic waste as possible to landfills, a shift away from the traditional wasteful dining and takeaway business models.

A total of 41 venues took part in Plate up for Glasgow with a broad range of business types represented, including cafes, restaurants, and bars. After a five-week period, nearly 90% of those businesses said they would keep their campaign dish on the menu in the future.

Rebecca Ricketts, Project Lead at Glasgow Chamber of Commerce, said: “Glasgow is leading the charge in transforming methods and perceptions around sustainability and circularity across all sectors of the economy, and Plate up for Glasgow was just another example of the city’s ability to innovate and collaborate to drive change.

“The food and drink sector is at the heart of our city, so it made sense to deliver a campaign aimed at connecting businesses, buyers and suppliers, all with a shared goal of reducing waste, becoming more sustainable and protecting our planet.”

Food waste in the hospitality sector in Scotland

Scotland generates 1.35 million tonnes of food waste every year. Much of this food waste ends up in landfills, which contributes to increased greenhouse gas (GHG) emissions and land degradation. Decomposing food releases a number of GHGs into the atmosphere, including methane, which is 28 times more potent than carbon dioxide.

According to research conducted by climate action NGO WRAP, one-fifth of all food bought by hospitality businesses is being wasted. Food waste costs the Scottish hospitality sector approximately £212 million GBP each year, equating to an average of £10,000 GBP per business.

How did Plate up for Glasgow work?

The Plate up for Glasgow campaign challenged restaurants, bars and cafes to come up with at least one “low waste” dish or drink, designed to send as little food to landfills as possible. Businesses can (a) rethink existing menu items, (b) showcase food preservation techniques, (c) use unfashionable cuts of meat, and/or (d) create a dish from surplus or donated food.

Dishes and drinks available to order as part of the initiative included, ‘the “humble” cauliflower with almond pesto and Mossgiel ricotta from Eusebi Restaurant and Deli, which uses the whole

cauliflower from its leaf right through to its core; pig head croquettes with fried egg, capers and anchovies from The Duke’s Umbrella; and Spare Parts – a zero-waste beer by Drygate, brewed using surplus ‘waste’ bread which acts as an aid to fermentation. A full list of participating venues and their dishes and drinks can be found here.

How successful was Plate up for Glasgow?

The campaign was monitored through collecting qualitative and quantitative data directly from the hospitality venues. Some data points include:

The evaluation found that:

Supporting the Scottish Government’s ambitions to reduce food waste in Scotland by 33 per cent by 2025, Plate up for Glasgow acts as a blueprint for other cities, regions and large-scale event organisers to consider addressing their own food waste and net zero targets. With interest already expressed from the City of Dundee, Ayrshire, Arran, the Scottish Highlands, and Glasgow City Council’s delivery team of the UCI World Cycling Championships, funding is now being sought to support the roll out of a wider national campaign, inspiring long-term change in hospitality practices and consumer behaviour.

To find out more about Plate up for Glasgow, visit https://plateupforglasgow.co.uk/ or email campaign lead, Rebecca.ricketts@glasgowchamberofcommerce.com. 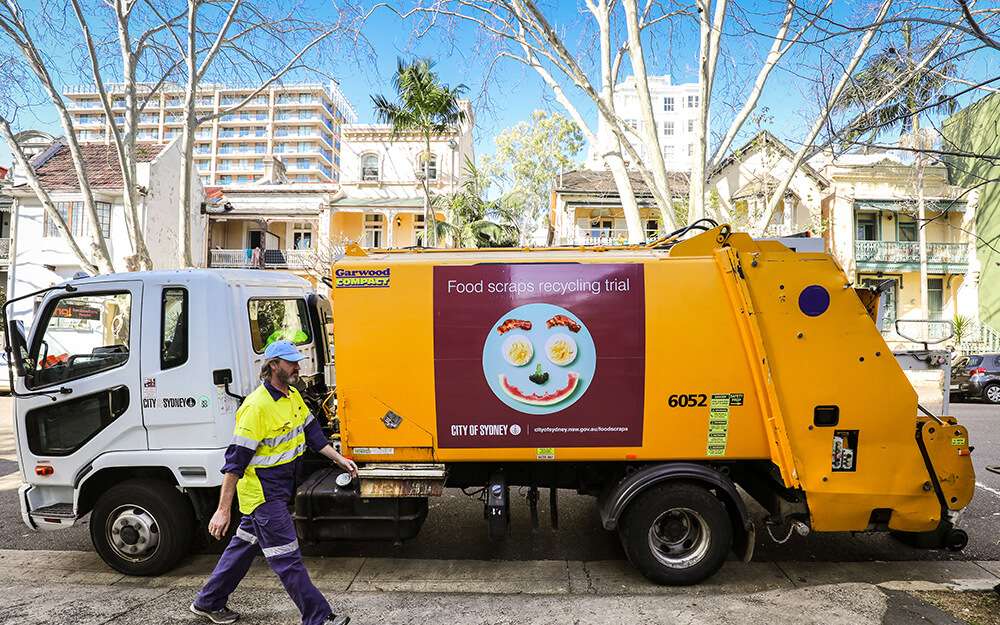 The City of Sydney has committed to meaningful action on climate change, setting a bold goal to be net zero by 2035. A big part of reducing our overall emissions is finding solutions that address the amount of waste that ends up in landfill. Food scraps make up around...